Vasectomy reversal is a surgical procedure with the aim of restoring your fertility after you have had a vasectomy. We offer a no-scalpel vasectomy (NSV).

What is a Vasectomy

What is a Vasectomy Reversal?

A vasectomy is a minor surgical procedure that causes male infertility. It involves cutting the two tubes that carry sperm from your testicles to your penis. These tubes are called the vas deferens.

A vasectomy should be considered a permanent operation. However, some men want the operation reversed – usually because they have a new partner, want more children or for other unforeseen circumstances. It is important to note that your consultation and treatment at the BUA is entirely confidential with all matters of advice being handled with appropriate respect, sympathy and sensitivity.

The operation aims to rejoin each of the tubes that carry sperm from your testicles to your penis, which were cut during your vasectomy. The best results for reversal are achieved in men whose vasectomies were done most recently.

Who is a candidate for Vasectomy Reversal?

Essentially any man who has had a vasectomy is a candidate for vasectomy reversal. Microsurgical techniques now make vasectomy reversal possible at any time after vasectomy. It is rare that a vasectomy reversal cannot be accomplished. In general sooner the vasectomy is reversed, the better the results with the best results in our hands for patients who have undergone vasectomy within the preceding 10 years. However, even though this is the case successful results have been obtained using the microscope in patients who have had their original vasectomy up to 20 years previously. For these reasons, couples that are considering vasectomy reversal should not delay the surgery for too long. It is important to note that due to other patient or partner factors not all these cases will go on to have successful pregnancy but the vast majority (60-70%) do. Semen analyses are requested at 3 months after surgery and the medical team at the Bristol Urology Associates will keep closely in touch with you in the intervening period.

Expectations before, during and after surgery

No specific testing is required before surgery. A referral letter including your previous or any co-existing medical conditions and current medication relevant to your care would be extremely useful but not mandatory. Microsurgical Vasectomy reversals take place at the Spire Hospital Bristol which is equipped with one of the very best microscopes and provides excellent nursing care and postoperative semen analysis facilities. Vasectomy reversal is undertaken under general anaesthesia. This is essential as the patient must lie very still under the operating microscope. The procedure can be long – up to 3 hours in some challenging cases and general anaesthesia is necessary from this standpoint also.

Patients are usually discharged home the day after surgery although may be discharged the same day depending on their preference and speed of recovery. With postoperative analgesia and local anaesthetic nerve blockade, discomfort is minimised but it is important that patients understand that postoperative discomfort is more severe than for the original vasectomy. Most of the discomfort is usually resolved within 3 to 4 days.

Strenuous activity is not recommended as is sexual intercourse for 3 weeks after surgery.

Without the use of microsurgical techniques, vasectomy reversal is successful in only 40 – 50% of cases (success defined as the presence of sperm in the ejaculate). The use of microsurgical techniques allows for more precise approximation of the ends of the vas deferens and results in higher success rates of over 90%. Importantly, the inner diameter of the vas ‘tubing’ is less than the diameter of a human hair!!

Does a Vasectomy Reversal Work?

Vasectomy reversal operations are more successful if they are done fairly soon after the original vasectomy.

About 8 out of 10 men father children when their vasectomy is reversed within three years. If 15 years or more have passed since the vasectomy, this success rate falls to about 3 out of 10 men.

It is important to understand that success is not guaranteed. Even if the operation is technically successful, the presence of sperm in your semen doesn’t guarantee that your partner will get pregnant by natural conception. However, the presence of sperm in the ejaculate even if not effective for natural conception does allow other options which are very successful such as IUI (intrauterine insemination).

There are also certain factors that can affect your result. These include:

It may be possible to have a second reversal operation if the first has not restored your fertility, but it is less likely to be successful than a first reversal attempt.

What are the Alternatives?

An alternative to a vasectomy reversal is to extract sperm from either your testicle or epididymis and directly inject it into an egg using an intracytoplasmic sperm injection (ICSI). This fertilised egg then needs to be implanted in the woman’s womb. It is generally not as successful as a vasectomy reversal however.

There may be specific circumstances however where your surgeon, Mr Persad may advise ICSI in preference to reversal of vasectomy depending on biological factors such as the interval since vasectomy in combination with a variety of male and/or female factors such as gynaecological history.

What happens before a Reversal of Vasectomy?

Your BUA Consultant will discuss how to prepare for your operation. For example, you may be asked to give up smoking as it slows the healing of wounds. You may be asked to shave your scrotum in preparation for the surgery.

What should I expect in Hospital?

Before surgery you will talk to your Consultant about the operation and you will be asked to sign a consent form. This confirms that you understand the risks, benefits and possible alternatives to the procedure and have given your permission for it to go ahead.

If you are having a general anaesthetic, you will be asked to follow fasting instructions. Typically, you must not eat or drink for about six hours before a general anaesthetic. However, some anaesthetists allow occasional sips of water until two hours beforehand. You should shave your scrotum with care thoroughly as this makes surgery much more straightforward and reduces the risk of infection.

The operation usually takes one to two hours and is performed either as a day case, which means that you can have the operation and go home the same day or as an overnight stay depending on anticipated speed of recovery from anaesthesia.

The procedure is usually performed under general anaesthesia. This helps to ensure that you lie completely still, which is a requirement for the delicate surgery involved. As this part of the male reproductive tract is very small and delicate, one of the most powerful operating microscopes available in the UK today is used to achieve the best results possible.

The standard vasectomy reversal operation is called a vasovasostomy. To perform this, your Consultant will make one cut in the centre of the scrotum. The ends of the vas deferens are then freed from any scar tissue and carefully pulled through the incisions. He will sew the two ends together using very fine stitches not visible to the naked eye. He will then place them back inside the scrotum and stitch the incisions. Dissolvable stitches f used on the skin will disappear after about 10 days – 2 weeks. If, as is possible, skin clips are used, then arran arrangements to have these removed will be made by the nursing staff at about 10 days-2 weeks. Skin clips are no more painful than stitches and carry several advantages in terms of infection risk, cosmesis and premature dislodging.

Sometimes it is not possible to rejoin the tubes in both testicles and only one is rejoined. It may still be possible to get your partner pregnant however.

A more complicated procedure called a vasoepididymostomy involves joining the vas deferens directly to the epididymis.

This is a tube that connects the vas efferens to the vas deferens. Sperm are stored and mature in the epididymis. This technique can bypass any blockages in the vas deferens that may have arisen from previous surgery, trauma or infection.

If the procedure has been performed as a day case, you will be discharged after you have had time to rest and make a full recovery from the anaesthetic.
You will usually be provided with supportive disposable underwear to help relieve any discomfort from the testicles, which will be sore for a few days. This discomfort can be relieved by taking painkillers that you would normally take for a headache.

You will need to arrange for someone to drive you home and then stay with you for the first 24 hours.

It’s sensible to take it easy for the next couple of days, but you can drive and go back to work as soon as you feel able.
For as long as you need, wear close-fitting underwear, such as a jock strap, day and night. This will support your scrotum and help to ease any discomfort and swelling.

Don’t do any heavy lifting or vigorous exercise during the first week after the operation.

You can bathe and shower but you should dry the area gently and thoroughly.

You can have sex as soon as you feel comfortable. However, you will not know whether you are producing sperm when you ejaculate until your doctor has checked a sample of semen. This is usually done around three months after surgery.

A vasectomy reversal operation is a commonly performed and generally safe surgical procedure. For most men, the potential benefit, in terms of having their fertility restored, is greater than the disadvantages. However, in order to make a well-informed decision and give your consent, you need to be aware of the possible side-effects and the risk of complications.

Side-effects are the unwanted but mostly temporary effects of a successful procedure, for example, feeling sick as a result of the general anaesthetic. Anyone having a vasectomy reversal can also expect a sore and tender scrotum for a few days. You may also have some bruising and swelling.

Specific complications of vasectomy reversal are rare but include those below.

The chance of complications depends on the exact type of operation you are having and other factors such as your general health.

What should I expect in Hospital?

Before surgery you will talk to your Consultant about the operation and you will be asked to sign a consent form. This confirms that you understand the risks, benefits and possible alternatives to the procedure and have given your permission for it to go ahead.

If you are having a general anaesthetic, you will be asked to follow fasting instructions. Typically, you must not eat or drink for about six hours before a general anaesthetic. However, some anaesthetists allow occasional sips of water until two hours beforehand. You should shave your scrotum with care thoroughly as this makes surgery much more straightforward and reduces the risk of infection.

The use of microsurgical techniques allows for more precise approximation of the ends of the vas deferens and results in higher success rates of over 90%. 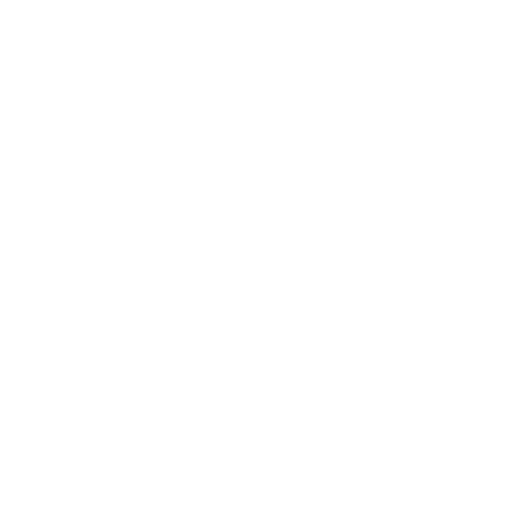 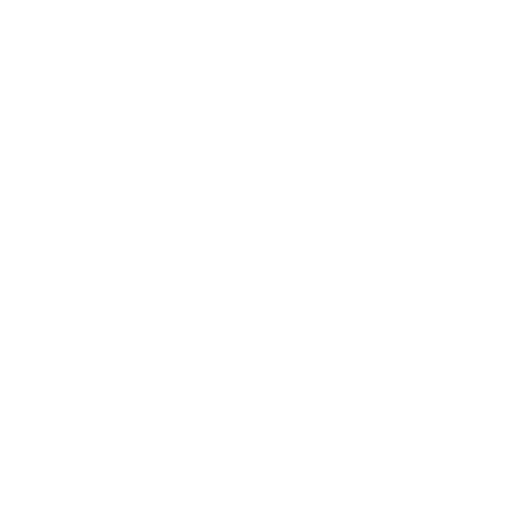 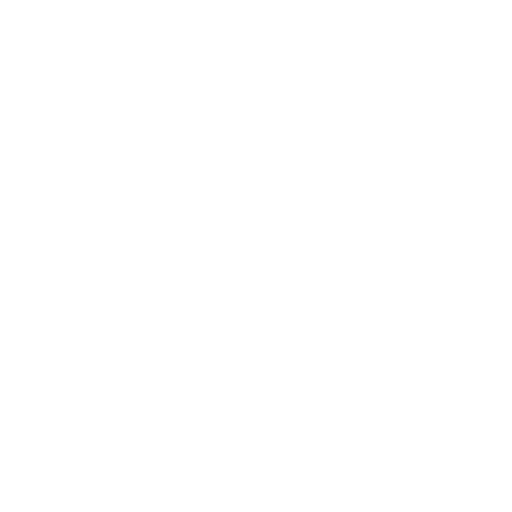